Hello I am Ozgur, and this is my 2D animation concept art project: Freelance Chicken.   In VFS ACA program, during the last 4 months (term 5 and 6), we focused on our personal projects. In the first 2 months I studied on the story. I presented this animatic and gave promise it will be colored.

In the last term, I focused on concept art and story moments.

What if a chicken starts to sell her unfertilized eggs and fights for other chickens liberation.

In the story, there are three main characters: Chicken Wing, Tiny Beak and Neck Brown. 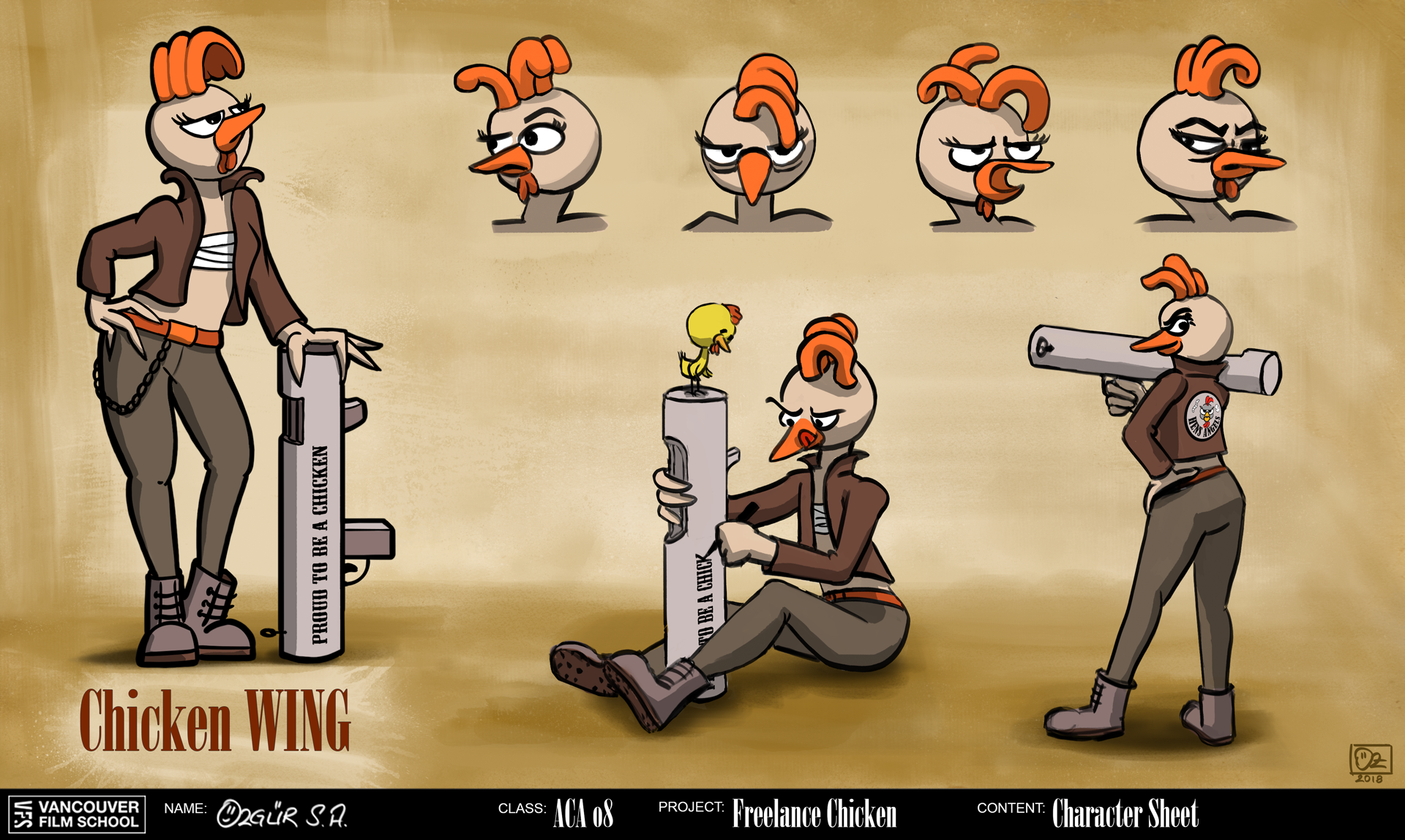 Chicken Wing is a badass independent woman. She loves freedom and to help others. She is proud to be a chicken and a supporter of the animal rights. She is a leader of the motorcycle gang “Hen’s Angels”. 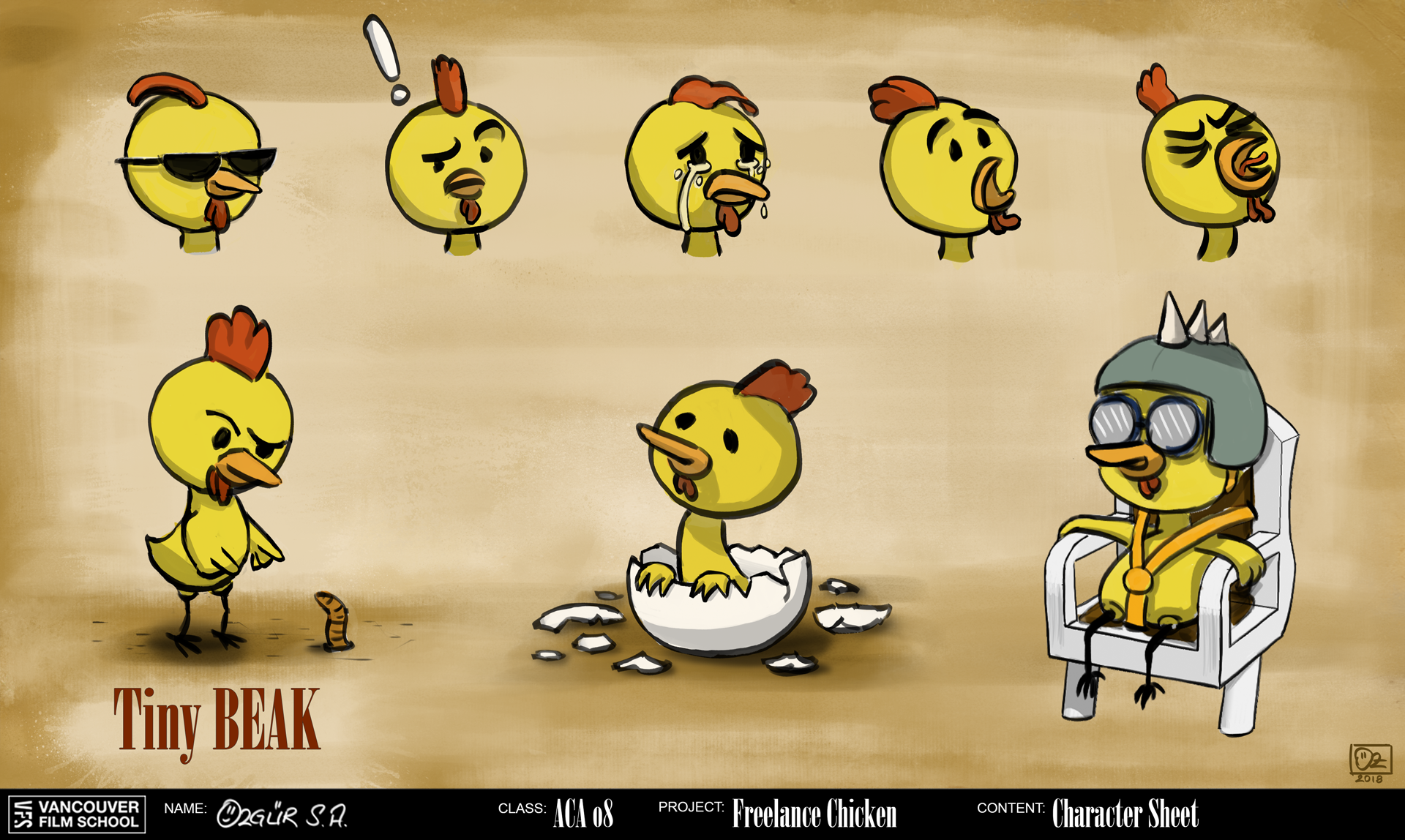 Sidekick “Tiny Beak” is the son of Chicken Wing and he is proud of his mother. He wants to be cool like his mother, but he is only cute. 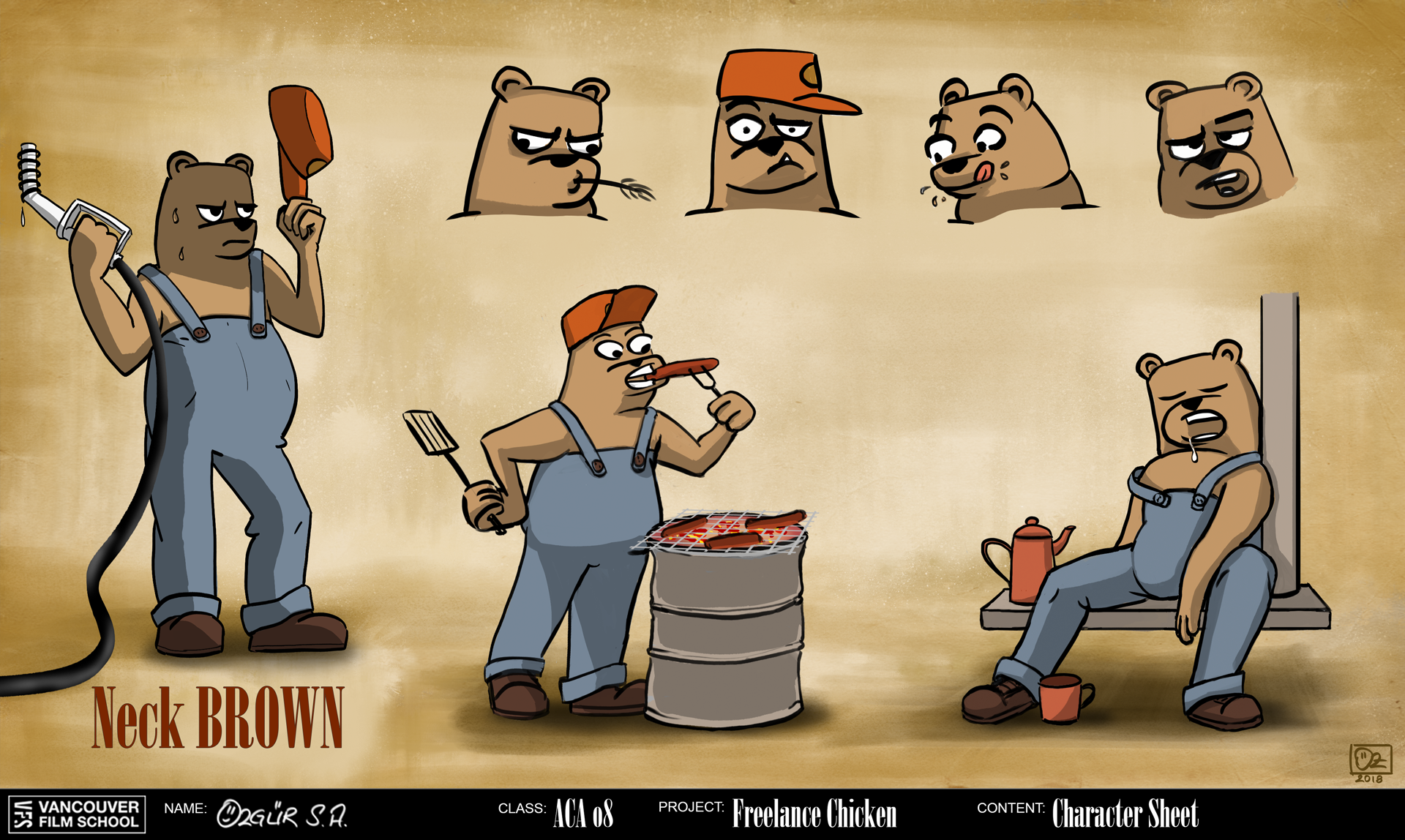 Neck Brown is a neutral character in the story. He is a gas station officer. He loves making BBQ and taking nap. He accepts Visa, MasterCard, and eggs to exchange for gasoline. 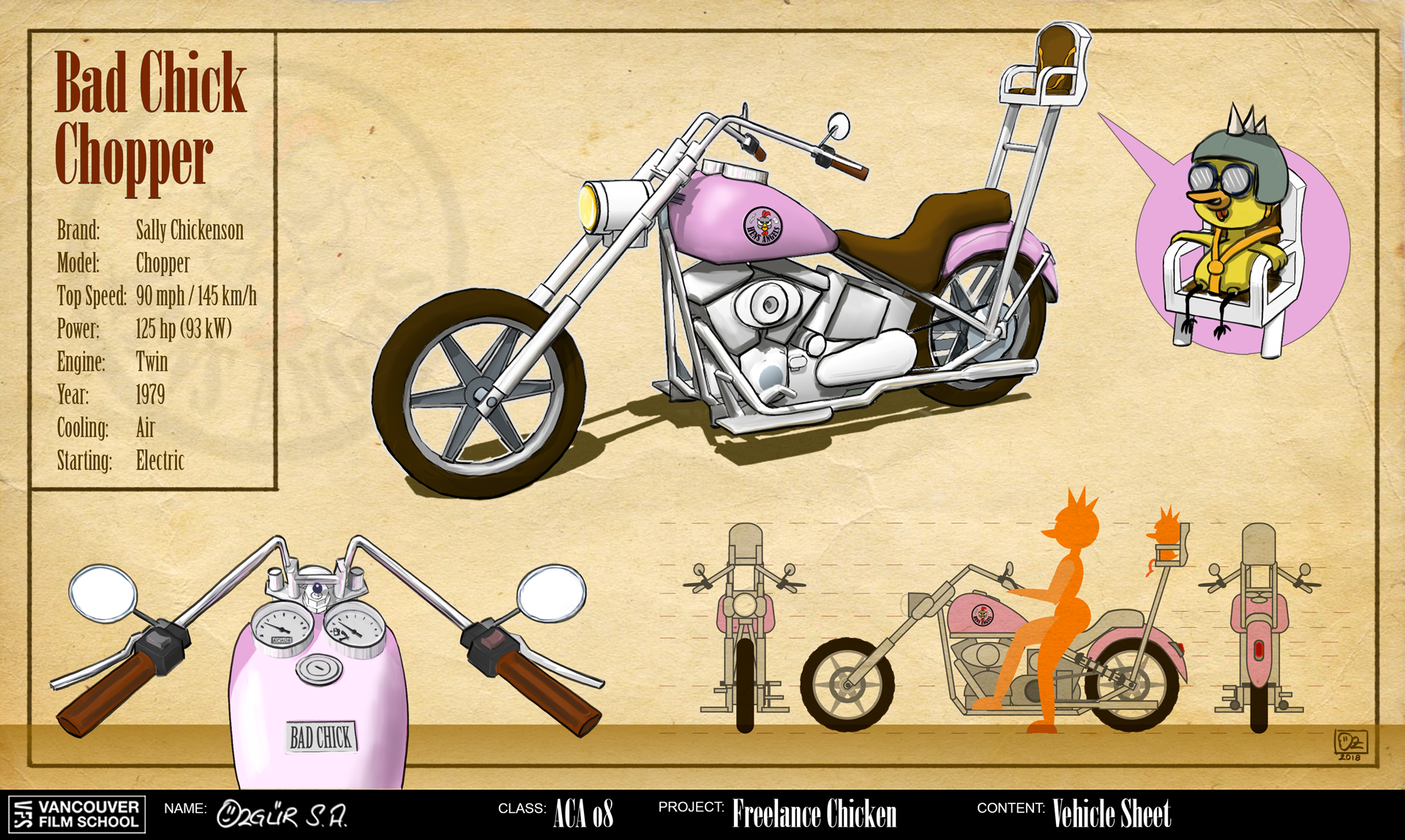 Bad Chick Chopper is the coolest motorcycle in the Freelance Chicken universe. This monster belongs to Chicken Wing and it has a back-seat for her child, Tiny Beak. 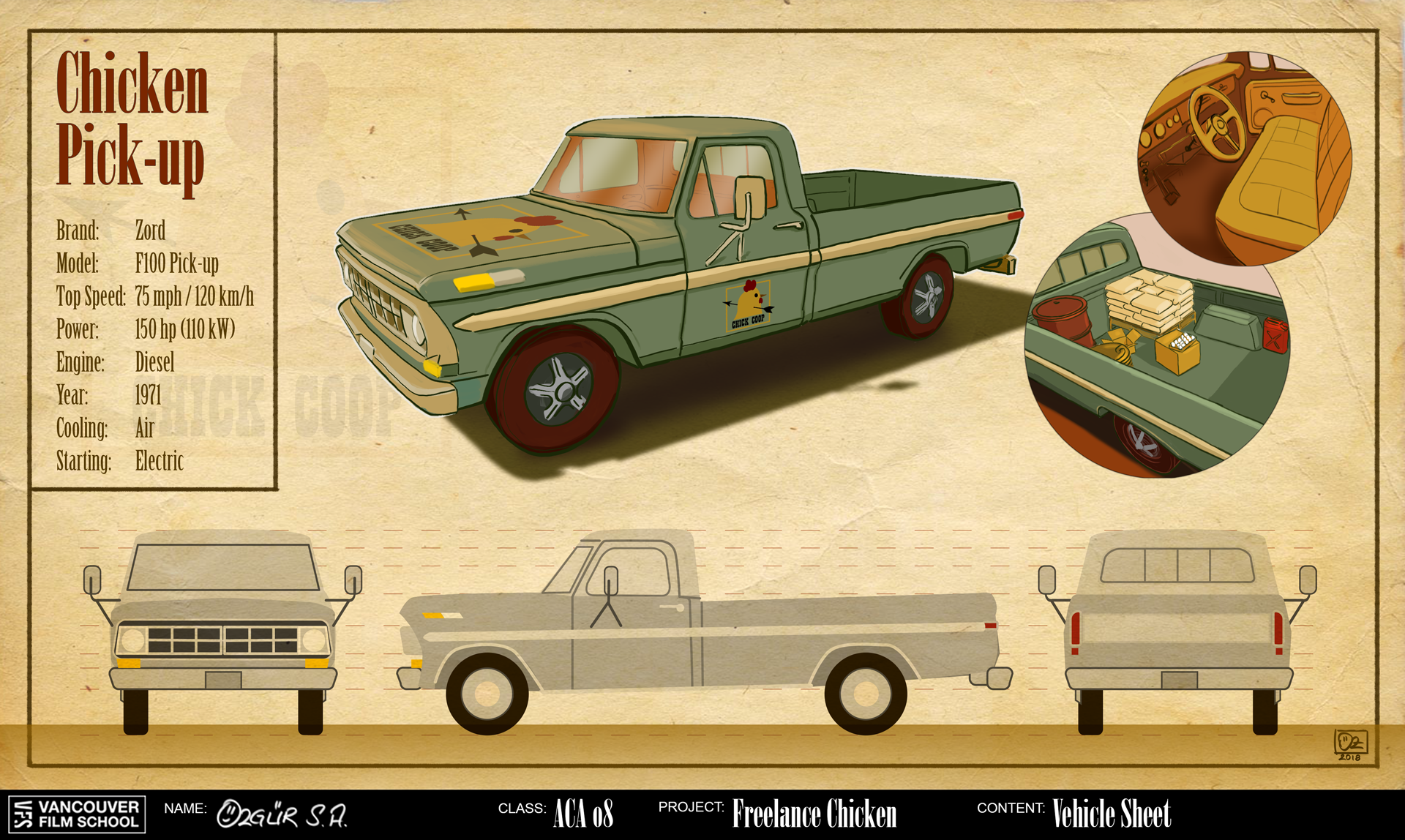 Chicken Pick-up owned by the evil Chicken Concentration Camp Company (CCCC). However, it will be used for a different purpose.

There are two important locations in Freelance Chicken story line. First one is gas station. It belongs to Neck Brown. 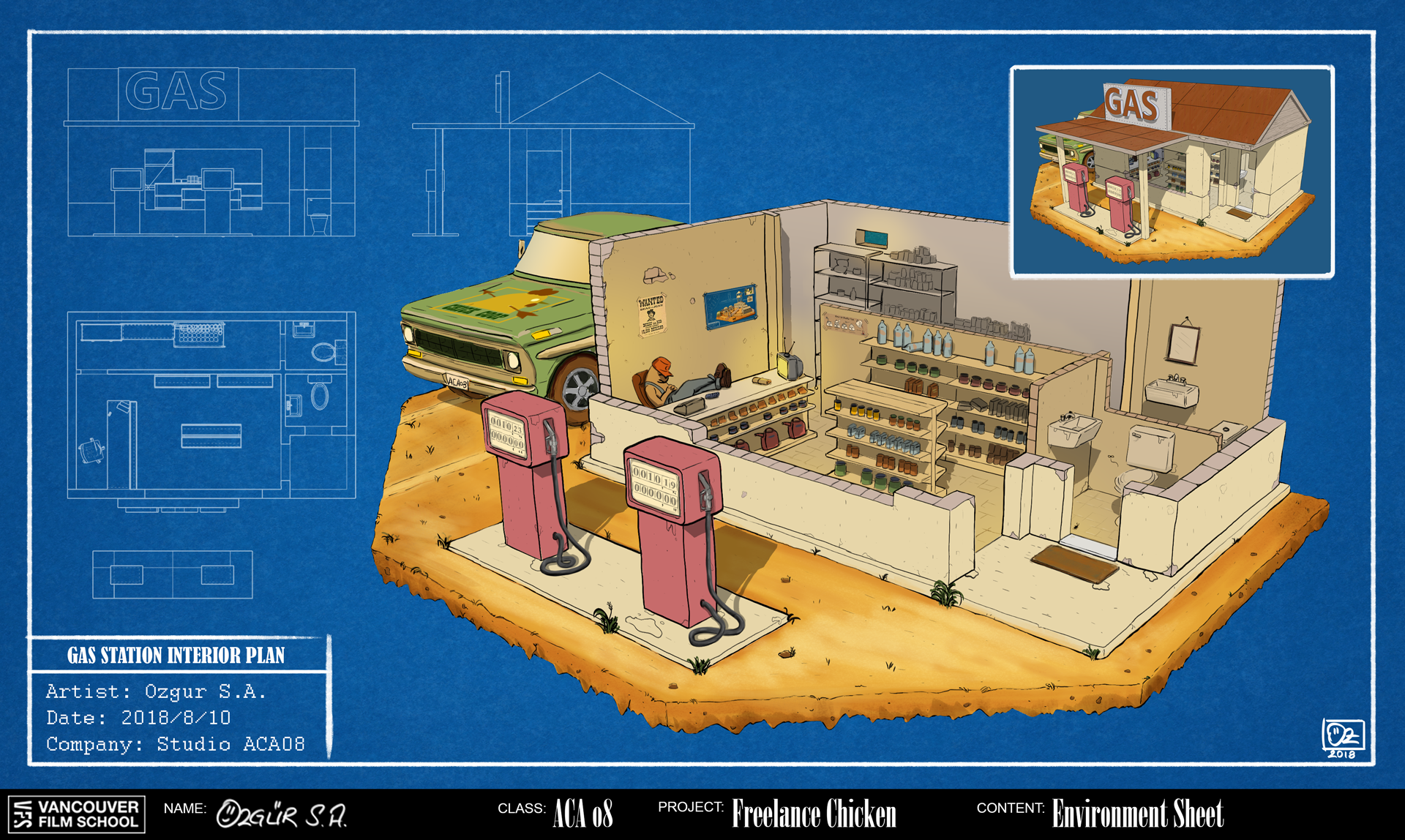 In this interior view, you may see him doing his favorite activity, napping. 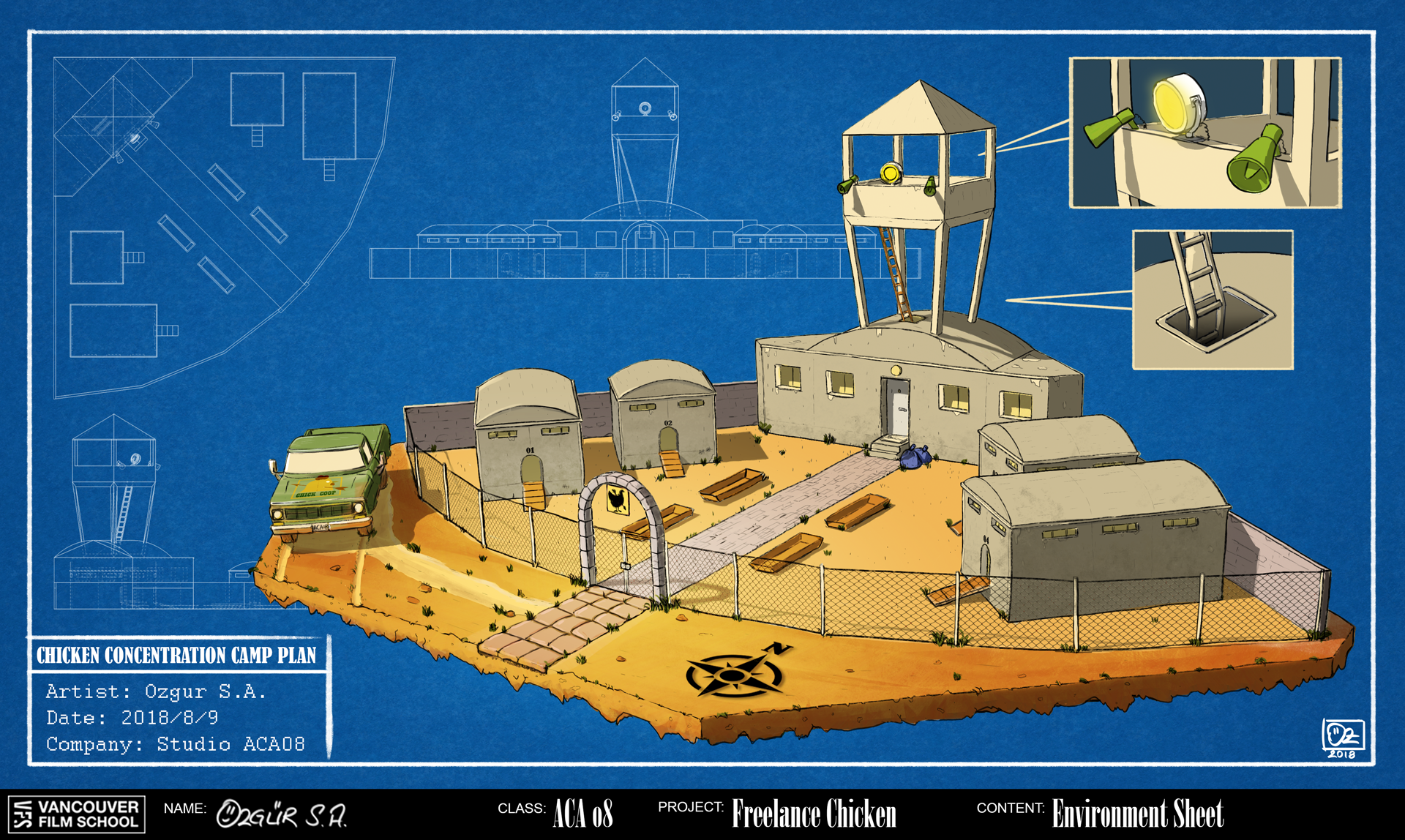 Chicken Concentration Camp is an evil place. Chickens are working here for $0 (CAD) in an hour like slaves. 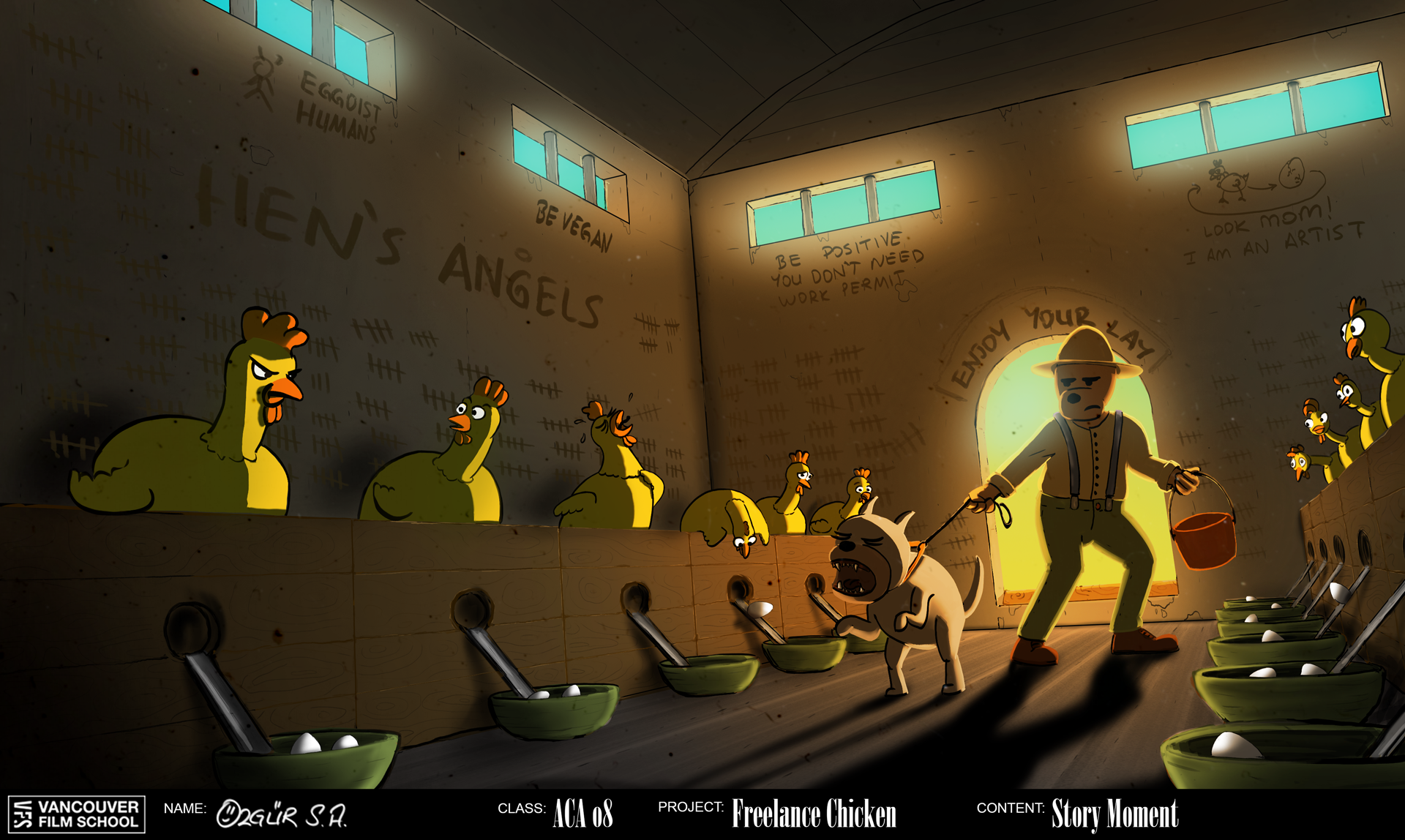 In the camp bunkers, you can see the miserable working conditions of the chickens.

And now, I am happy to present my final project Freelance Chicken Trailer. Enjoy. 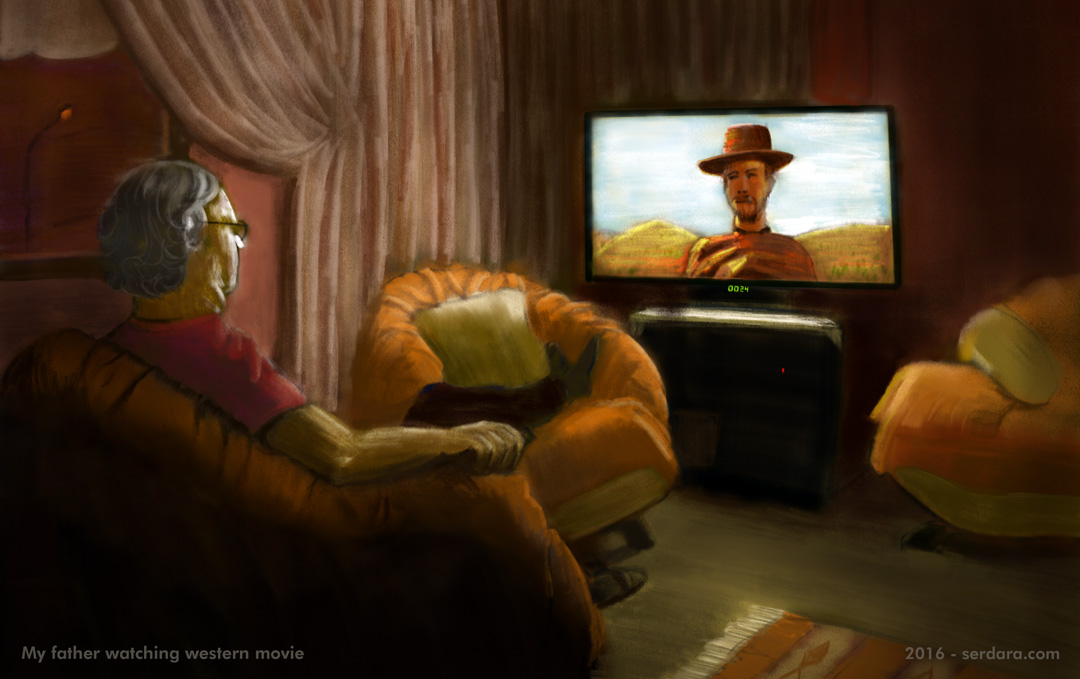 In this article I will talk about my favorite drawing and painting iPad apps that I constantly encounter in various artists. Why not before now “Apple iPad Pro + Pencil” about an article? Because “Apple Pencil” along with the pressure sensitivity came to the iPad. Thanks to this technology, the Wacom tablets of digital designers were also shaken by the floods. Wacom is starting to take out tablet devices, but it’s still not as practical as the iPad. See what next years will bring us.
END_OF_DOCUMENT_TOKEN_TO_BE_REPLACED