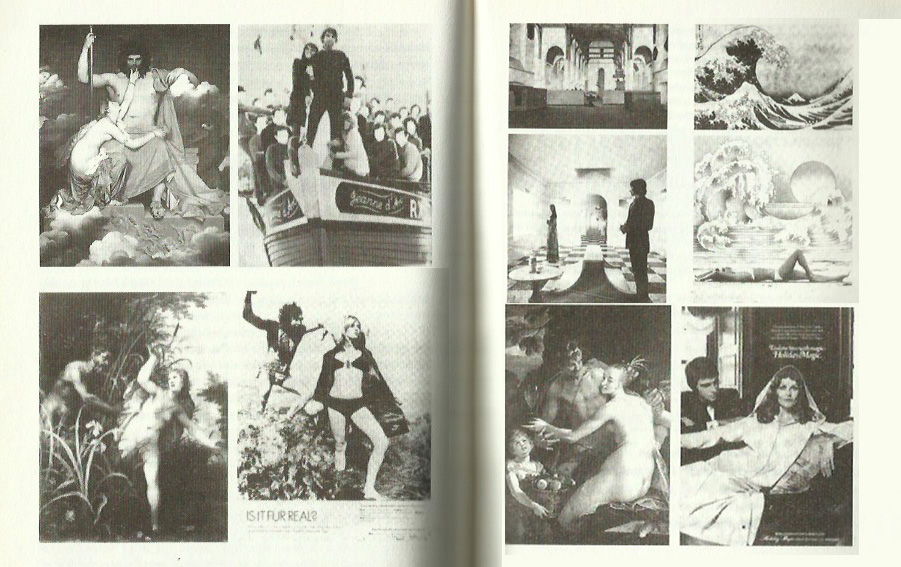 In this article I compared the book with the Ways of Seeing document which was prepared by John Berger in 1972, which we lost on 02.01.2017. I will defend the reason why we should not watch the documentary of “Vision Forms” instead of book fetishism.

The reason is simple, it emerged as documentary work. But the book did not have to be this very sloppy. At first in terms of graphic design I would have been angry to Turkish translation, but I see the original edition is the same. When I realized that the word “regeneration / yeniden canlandırma” towards the middle of the book was actually a “reproduction / reprodüksiyon”, I had a late enlightenment. (Regeneration evokes “reanimation.”) The words that do not fit because old translations may cause a sense of disturbance; it is useful to add the original word in parentheses especially in scientific translations.

The book disappointed me especially in the sense of graphic design (ie legibility, typography, type, printing). Also the title has a big challenge: Ways of Seeing! I guess it will start with a variety of perspectives and touch all the artistic approaches, it does not. It’s moving from a single channel. The aim of the work is to show that the roots of today’s advertising approach come from the oil painting tradition. In the meantime, show our capitalist world in all nudity. The book gives it by narrowing it down because of its graphical weakness; but things change if you look at the document.

However, the BBC documentary broadcast in 4 section I found very successful:

I have to wonder about the book and then confess that I understood it when I watched the document with the actual version of the work. In general intellectual belief, “books are good, books are always great” is a myth. It should be useful to update this definition. It seems that if we think that the best-suited media can not always be a book, it would be sometimes a poem, sometimes a movie, sometimes a music, sometimes a photo, sometimes a performance, sometimes a documentary.

The book consists of 7 chapters full of black and white pictures, of which 3 are only pictures, so there are four text sections left. It is made up of 4 sections with BBC document and colored, so you can visualize the works of art more easily in your mind.

To sum up, a horrific documentary telling the connection of European oil paintings with the Ways of Seeing documentary to the present, the documentary is meant to mean the 1970s, but it is not difficult for the audience to establish a connection with the present. But before embarking on the philosophy of art, the proposition is to learn about the history of art. For this I recommend Gombrich’s “Story of Art” book, it is expensive but deserves its price. Fine Arts students already need to read, but it is also an important work for artisans. If you want to have an eye-catching holiday in the sense of graphic design, I suggest “…isims: Understanding Art” book. Although it is a useful work that tells the art movements from Renaissance to Post-modernism, it does not make any comment. In this case, we see how important it is to feed from different sources without being connected to a single book.

In this article, You may read about animation, concept art and visual effects software which are used by the cinema and entertainment industry. An update was expected after the best 3D animation (2014) and the best 3D design (2016) software articles. If you start an independent project, you do not need any software suggestions. However, animation is a team effort. Everyone should use compatible software to work in harmony. That’s why, the pipeline information is critical.
END_OF_DOCUMENT_TOKEN_TO_BE_REPLACED