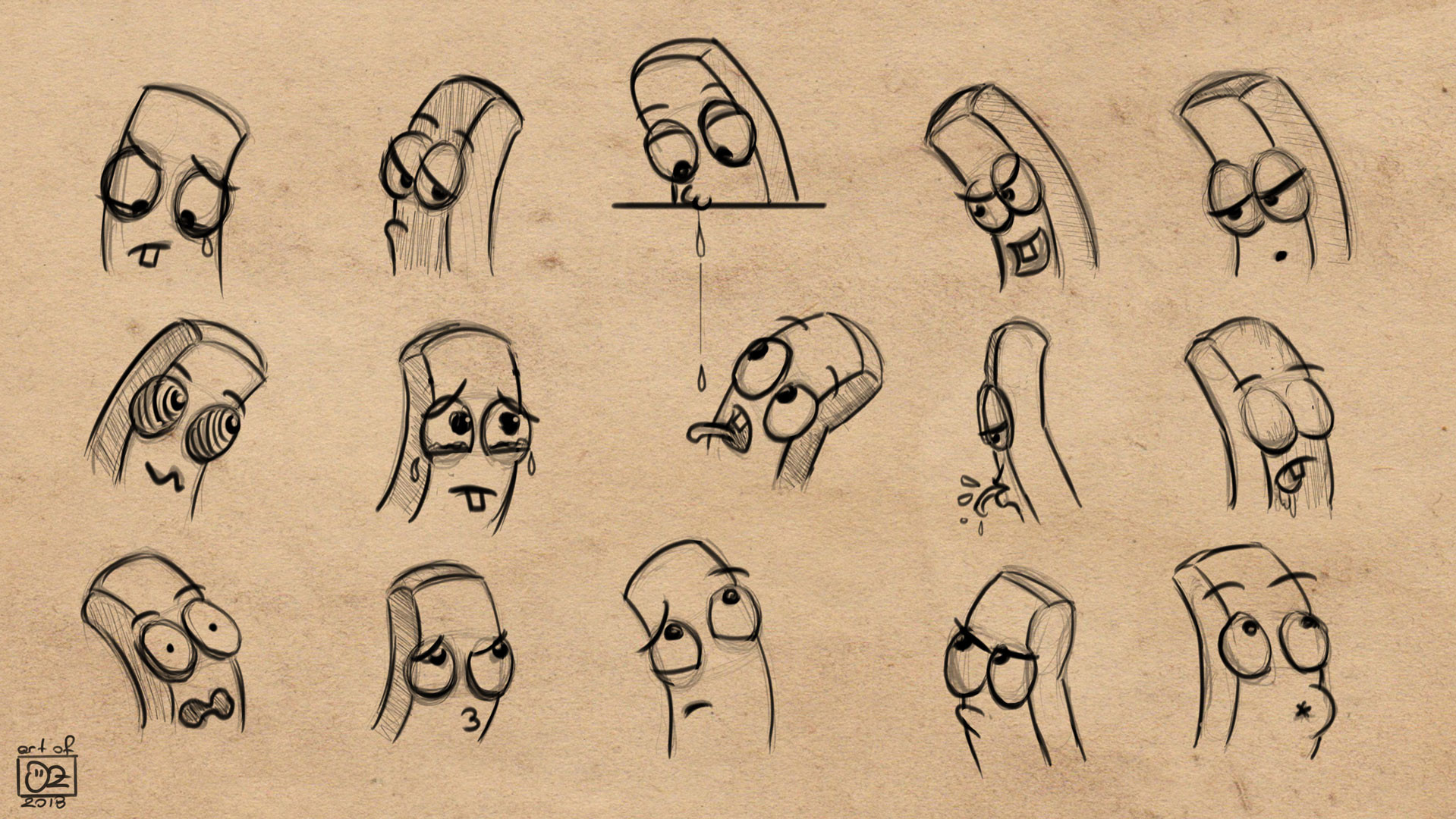 The second and third term of VFS’s Animation Concept Art (VFS ACA) program are over. We work very hard, I am just able to write in detail during this “spring break” holiday. I also tried to share images with Instagram. (Link: VFS ACA Term 1)

In this period, we started the color experiments in Digital Painting course. Especially in digital coloring, color is a serious headache. First semester, you better understand why you are only painting gray. In Environment Design Studio 2 which is the most important course that determines the main theme of the term. Our group’s task was to combine the Calvino’s Baucis city metaphor and Blade Runner’s electric mood.

You may see project details in my Artstation account. We were so lucky to have such a wonderful teacher Kiersten Eagan who is actually working in a studio as a Environment Designer.

This period was also very busy because I volunteered extra work drawn the backgrounds separately for the game design guys and the classical animation guys.

Background drawings for an animation project. #vfschronicles like Hilda style

Another important lesson was the storyboarding. In this lesson he gave us two pages screenplay of a real animation sequence, and we turned it into an animatic.

Joyful memories from the term 2. A small part of our #animatic assignment. #storyboard #animation

Two months passed away in this rush then third term started.

In this period, we were Disney veteran Mark Pudleiner. All the other lessons were designed to support the character design. Even his experiences were good teaching materials for us.

We have increased our Photoshop knowledge in great teacher and friend Ken Henderson‘s Digital Painting lessons. We have assigned two nice work one was a vehicle the other one was an environment. I chose the famous car “Devrim” which first and only Turkish car in history. Then I converted it to the Back to the Future car, DoLorean.

As an environment. I use Istanbul where I spend my childhood. I give the abiltiy of fly to Maiden’s Tower and the Galata Tower and give a chance to escape from the over crowded city. I hope they will be happy.

Our character designing task was to combine the “Monster Prom”, Preschool, and Sci-Fi topics. No I’m not lucky. Prom means graduation ball but I would do it for pre-school. There is no point. We could not change the subject tho.

Anyway, I solved the problem with the design of the giant snail (monster) with dancing (prom) with prosthetic legs (sci-fi), and with cute friends (preschool). 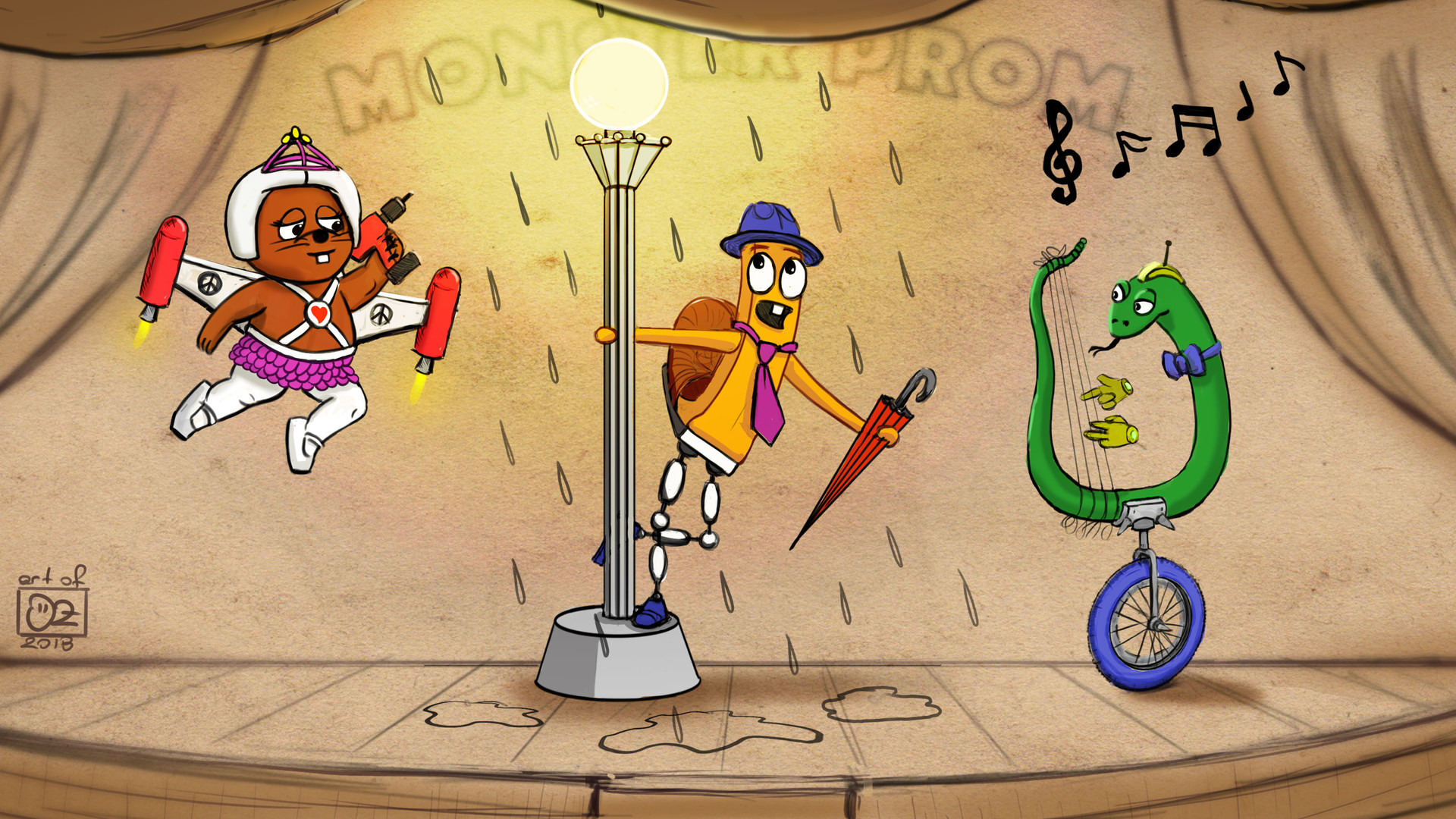 You may see that our heroes are playing a scene called “Singing in the Rain”. But not only this, they had also different costumes in different combos, different facial expressions and various poses. (for details Artstation.)

After the end of the presentation, we realized that we are in the middle of the programme which means 6 months have been passed.

The difficulties I have mentioned in the Term 1 article are extending. It is really a big burden for companies to employ foreign workers. None of the firms want to give to he State called “sponsorship” fee. Why do not firms go into the cheap natives instead of getting an international? The problem is called Work Permit / Permit of Residency or “PR” It’s hard to get it. This is making it difficult for some of these migrations. The worst thing is that VFS does not give a PR for +1 year because of the fact that it is one year in the status of private school and “Postgraduate Education”. To get this, you have to do a business master in BCIT. Well, no matter what, I dont want to go a new school now. There is a big market. Do not be glad I found a state school. International students are charged extra, and the same goes for the private schools. In sum up, spending a legal year in Canada costs 30,000 CAD will multiply this by 2 because you will have to pay for living that much. You need 60000 CAD for one year. It’s not smart. There is no hiring guarantee as well.

Our situation is more difficult than natives. 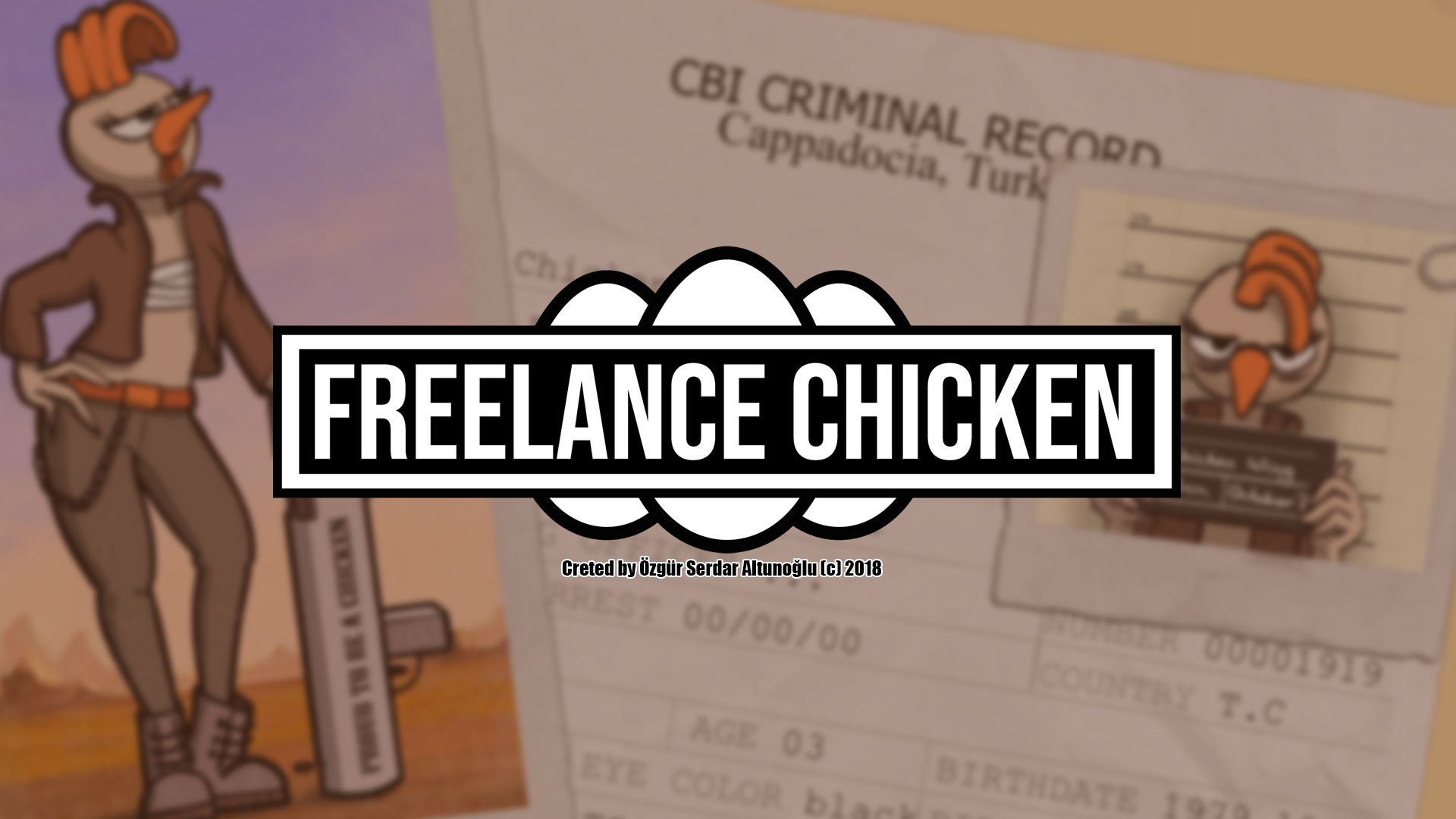 Hello I am Ozgur, and this is my 2D animation concept art project: Freelance Chicken.   END_OF_DOCUMENT_TOKEN_TO_BE_REPLACED