In this article, You may read about animation, concept art and visual effects software which are used by the cinema and entertainment industry. An update was expected after the best 3D animation (2014) and the best 3D design (2016) software articles. If you start an independent project, you do not need any software suggestions. However, animation is a team effort. Everyone should use compatible software to work in harmony. That’s why, the pipeline information is critical.

In the last five years, needs have changed, technology has changed, studios have changed, software has been updated. In this process, I had a chance to see the animation industry at VFS in Vancouver, Canada. I wanted to reconsider the software from the perspective of the North American ecol. Every software company think that their products are best and on their sites market them very well. But, this create an illusion in far regions which do not have industry. I’ve had this error. After you put a heart to the software and get started, the employer says “But we use Maya in our studio,” but you can’t say “I love Blender.” Generally, you have no choice. In this article, we will talk about what people are drinking and what programs they use.

PS: They eat sushi and drink coffee. (and I love Blender too.)

First I start my own specialization, concept art. We have already explained in detail what is concept art. In this art, the priority is not the movement of the drawing, but its appearance. Therefore, two-dimensional software is essential. A simple 3D software is enough for perspective lines.

We would like to congratulate Photoshop because it does not allow confusion and is a world standard. However, we are talking about the use of Photoshop beyond the retouching of the photo we learned in the graphics course. Photoshop with Wacom Cintiq turns a amazing tool, and it becomes an essential.

While I was in Turkey, I did not understand the true purpose of this program. When I had Photoshop I was saying what I needed. But, I saw that it is a unique program for making sketch and hence storyboards. The image can instantly switch between files. The studios like DHX and Bardel have already used it. I even did my storyboard on my final project. No need to waste time with the heavy and expensive Toonboom Storyboard software. Now, Sketchbook is free. Also the perspective tool of Sketchbook still does not have Photoshop. But in perspective wise, there’s another software with skills beyond Sketchbook: SketchUp

Google’s unique work. Free. You cannot animate with this software, but it helps you with a simple modeling process where perspective is important such as environment or vehicle design. For example, I made use of SketchUp while building the green large walking building above.

Popular boy of the character design. If you are interested in character design for 3D games and animation, this software is for you. But sometimes it can bu crush. It can give you an error when you’re stopping, so it can steal your time. But as I said, the industry has added this software to its pipeline.

There are a bunch of software on the market, and each one claims to be the best animation program produced by them. They may be right, but the sector doesn’t stand a chance in this environment where millions of dollars are returning, and it chooses the software that the firm stands behind. In this context, we have few programs left. For digital 2D animation, the situation is as follows. (Classic animation is replaced by digital technologies, so we will not talk about it.)

ToonBoom is the one of the most important software in the industry. Lynda.com performed such a nice comparison.

This software (AE) and Photoshop (PS) is enough to animate together. As a matter of fact, I made this combination with “The Strangest Creature on Earth” and “Freelance Chicken“. But we can see the real superiority of AE in visual effects like Nuke. Combined with various plug-ins, we can say that it will cope with Harmony.

AE might be a bit complicated. If you only need to cut and edit the scenes, the Adobe Premier is enough for this task. Premier is a simple and one purpose-oriented software. Most of my friends use this tool to make their demo reels.

No need to enter the 3DsMax, Cinema 4D, Blender fight in vain. Industry has chosen Maya and has been advancing with it for years. The main problem is how they render the scenes they create, in which environment they combine with real scenes, but “Rendering” is a high-level issue and high-performance computers or may be render fields are needed.

ZBrush is better in organic character designs and faster than Maya. This is the basic program for those who want to focus on character design and rigging. The developer company has training videos on its site.

Another program of Autodesk for the rendering and editing of three-dimensional scenes. I did not make progress in 3D to use it, I do not know in detail, but the industry chose it.

PS: Autodesk software is free to students for three years. Go to the site to register and download the latest version of the product you want. I did like that. Don’t be a pirate.

I did not use Nuke as an AE user. I am not in the special effect business. Nuke is a a node-based software like Harmony instead of work on layers. Obviously, the software are divided into two groups: node based and layer based. Node based software are used to overcome many more complex projects. If you’re going to do a little animation project, you don’t need to know these topics.

This program is currently very popular in the special effects area. Fortunately, the firm has educational videos of this software on its site.

What I mentioned in this article was the software we taught at school. In other words, the North American School. These are usually used in studios in Canada and the United States. After learning about them, students are being thrown into the sector and learning to use them in an integrated way with many new software. I repeat what I say every time. The software is actually the tool. The best software does not give you the best animation. The Japanese use all the other tools (Retas Studio) and Northern Europe use other tools (TV Paint). Young generation studios started to use Blender. However, everything builds on fundamentals. You need to spend ten times more amount of time you need to learn in the art basics. If you don’t know how to draw your character, build your form or establish a scene, thousands of dollars of hardware and software will not help you.

Hopefully it has been sufficiently explanatory. 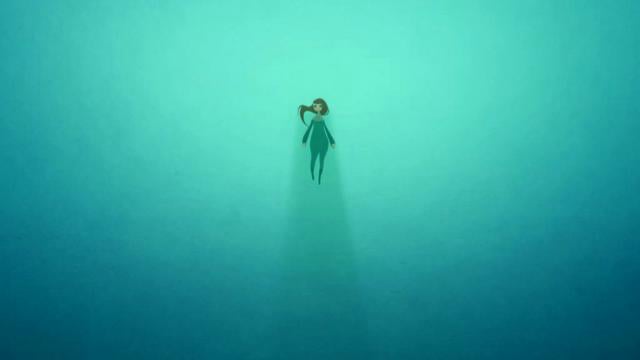 In this article, I will introduce a motivated video series for computer graphics (CG) artists, which is prepared for everyone who makes computer production but also applies to analog art students.

Whether you call it ambition, perseverance, or diligence… hold on to it whatever you name anything that gives you the strength to work. You have come across people who have constantly whining about the things that they can not do as a reason to adhere to various kinds of excuses. It is often enough to look in the mirror rather than in the circle. These whimpers take so much time and repeat that the moment the person starts to believe it. In such cases, I recommend that you avoid the situation immediately. If you can not avoid yourself, keep reading this article.